The EASe CD #3 is comprised of soft "New Age" type music that is overlaid with digitally recorded, open ocean, wild dolphin and whale sounds. This disc sounds different from EASe CD #1 and #2 but is interchangeable with them in a child's listening schedule. EASe CD #3 is becoming very popular. We had heard, over the years of autistic children swimming with dolphins and seeing improvements in their overall functioning. I wondered what the basis of these improvements might be. Could it be that there was an auditory processing issue here? I wondered if the frequency and envelope of the whale song's could have a positive effect on an auditory hypersensitive child. I was encouraged by others to investigate this phenomenon. So in 1997, we created a test CD utilizing dolphin and whale songs with soft music. We tested the disc with the Institutes for the Achievement of Human Potential-Japan. The kids loved the disc but could tell that there was distress in the dolphin songs and some even knew that the dolphins were captive! For the final disc, we scoured the world (internet to the rescue!) and found an oceanographer who had original digital recordings of open ocean, wild dolphin and whale song's. These animals were all recorded while playing and interacting with human divers. None of the animals were in distress and the kids confirmed that after listening. I can't tell the difference but I believe the kids. The use of Ease CD's improves:

(No reviews yet) Write a Review 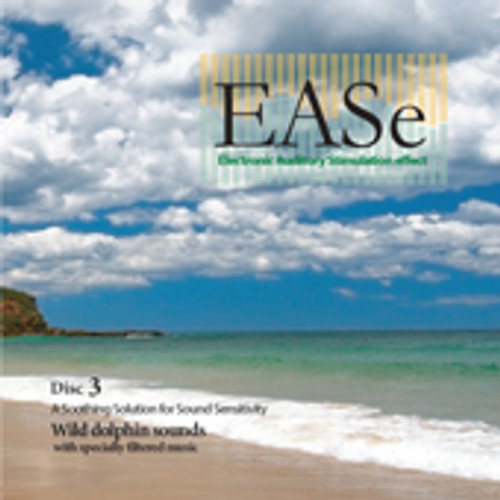